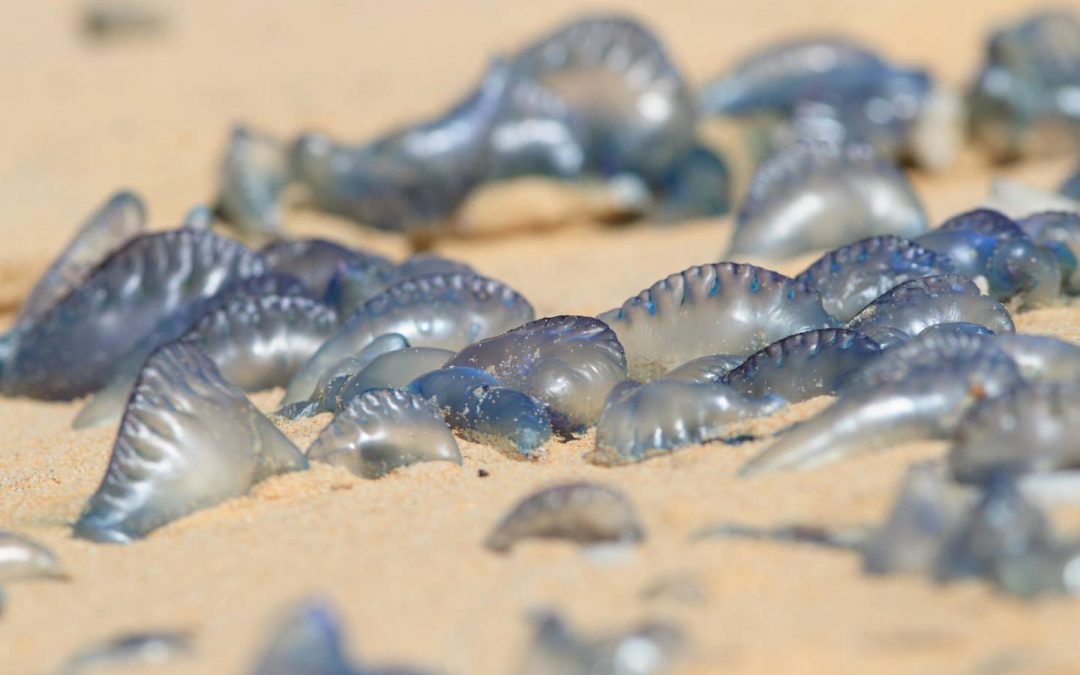 Summer is upon us and what better way to enjoy vacation time than at the beach. However, it does not come without the occasional run-in with the infamous jellyfish. Here are some tips on how to treat stings if you’re unlucky enough to encounter one.

Jellyfish belong to a group known as Cnidaria. Other Cnidaria includes:

Cnidaria causes more poisonings than any other marine animal.

Cnidaria has stinging units (nematocysts) on their tentacles. A single tentacle may contain thousands of them. The severity of the sting depends on the type of animal. The sting of most species results in a painful, itchy rash, which may develop into blisters that fill with pus and then rupture. Other symptoms may include weakness, nausea, headache, muscle pain and spasms, runny eyes and nose, excessive sweating, and chest pain that worsens with breathing. Stings from the Portuguese man-of-war (in North America) and the box jellyfish (in Australia in the Indian and South Pacific oceans) have caused death.

The first step in treating an injury caused by a jellyfish in the oceans of North America is rinsing with seawater to wash away venom from the skin. Any pieces of tentacles should be removed with tweezers or, after two pairs of gloves are put on, fingers.

For all types of stings, after the tentacles have been removed, hot or warm water soaks or cold packs, whichever feels better to the person, can help relieve pain.

At the slightest sign of breathing problems or altered awareness (including unconsciousness), medical help should be sought immediately.

Seabather’s eruption is a stinging, itchy rash that affects swimmers in some Atlantic locations (such as Florida, the Caribbean, and Long Island). It is caused by an allergic reaction to stings from the larvae of the sea anemone or the thimble jellyfish. The rash appears where the bathing suit contacts the skin. People who suspect they have been exposed to these larvae should shower after taking off their bathing suit. Rashes can be treated with hydrocortisone lotion and, if needed, an oral antihistamine. If the reaction is more severe, people may need to seek medical help.