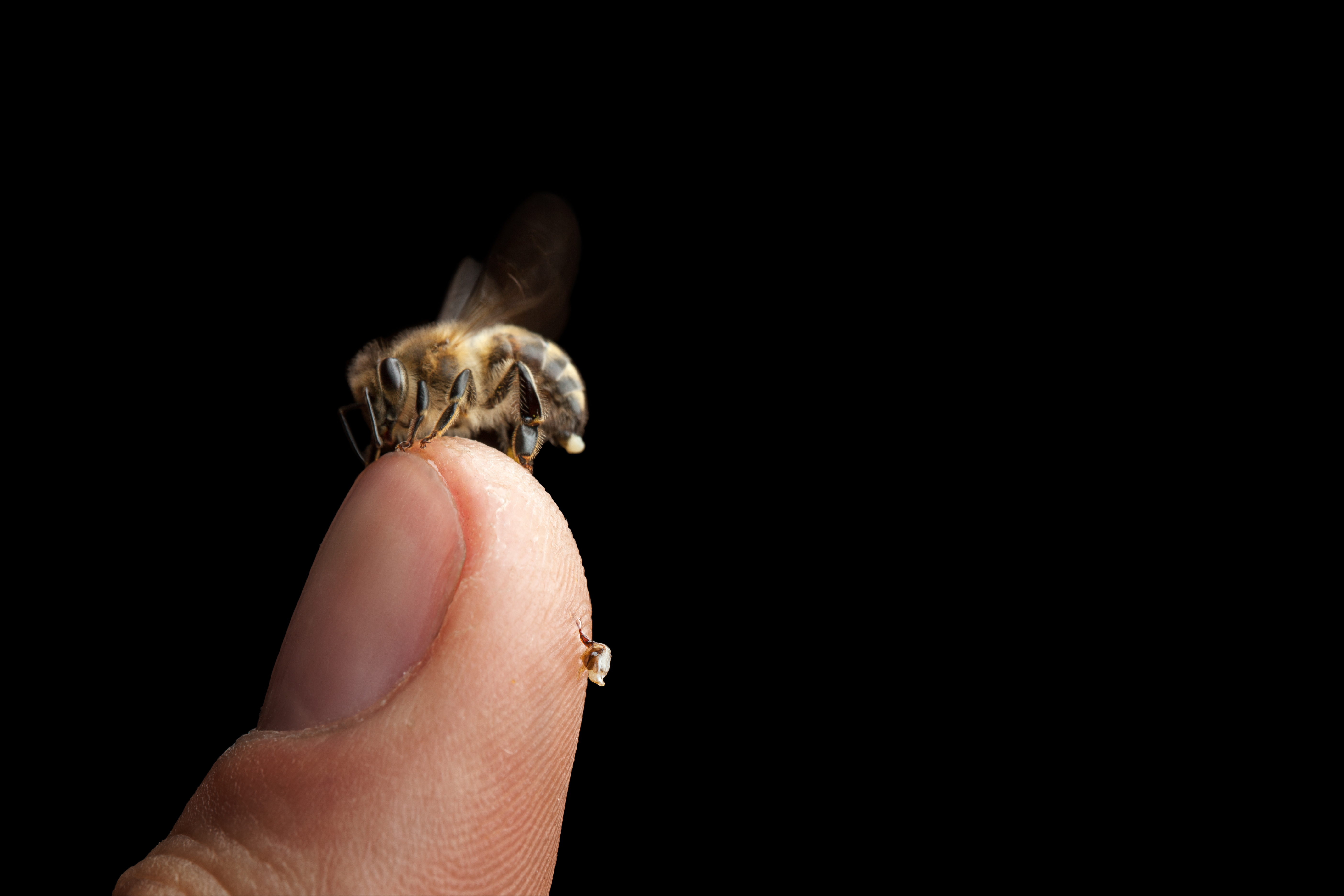 How to Treat a Bee Sting

What’s the best way to treat a bee or wasp sting? It seems every family has their own secret remedy. From meat tenderizer or tobacco juice to vinegar or baking soda, there’s no shortage of “cures” out there and people who swear by them.

In reality, these home remedies have no real scientific or medical basis. While most aren’t necessarily dangerous, they also aren’t particularly effective. But that doesn’t mean there’s nothing individuals and parents can do after a bee or wasp sting. Taking the right steps can minimize the typical pain, redness, swelling, and itching that most people suffer after a sting. For people with a severe allergic reaction, the right response could save their life.

For most people, a sting won’t cause more than pain, swelling, and redness right around the sting—what’s known as a local reaction.

However, a small percentage of people are allergic to insect stings and suffer a much more severe and dangerous reaction, known as a generalized reaction. Stings in these people may cause anaphylaxis and can be fatal. In fact, between 60 to 70 people in the U.S. die every year as a result of allergic reactions to stings, according to estimates from the Centers for Disease Control and Prevention. Tens of thousands more have very serious reactions that aren’t fatal.

Next time you or a child receives a nasty sting, look for signs of a generalized allergic reaction. 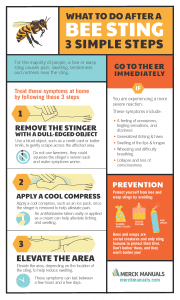 Signs of a generalized allergic reaction

Symptoms usually develop very quickly and may include:

Anyone who has any of these symptoms should go to the emergency department immediately.

Patients and parents should note—a more severe local reaction (greater pain or more extreme swelling) is not an indicator of increased risk for a generalized reaction, nor is receiving multiple stings.

Up to 1 million people go to the Emergency Department for bee stings every year. Most of these visits are for local reactions that you can treat at home by following these steps.

1. Remove the stinger with a dull-edged object

Bee stings and wasp stings are relatively similar, with one big exception. After a sting, honeybees leave a barbed stinger behind (and the honeybee dies). Wasps, on the other hand, have a smooth stinger that can sting multiple times without becoming detached from the insect.

Following a honeybee sting, the stinger should be removed as quickly as possible. In many cases, the bee also leaves behind the venom sack, which continues to pump venom as long as it stays intact. So the sooner you can remove it and the stinger, the sooner you can stop the flow of toxins.

A blunt object such as a credit card or butter knife gently scraped across the affected area is the best way to get rid of the stinger. Avoid using tweezers or anything else that could puncture or squeeze the venom sack and make symptoms worse.

Depending on the location of the sting, elevating the area can also reduce swelling.

The level of swelling caused by a sting can often be startling. In fact, a sting on the hand can result in the hand swelling up to twice the normal size. This swelling, along with the area feeling warm and tender, can sometimes be confused for infection—also known as cellulitis. Individuals and parents should know it’s rare for the infection to develop after a sting, especially within the first few days. The swelling caused by a local reaction may decrease within a few hours, but it can take a few days to fully resolve.

The best way to avoid complications from a sting is to avoid being stung in the first place. Here are a few things to keep in mind if you know you or your child will be outside and around bees or wasps.